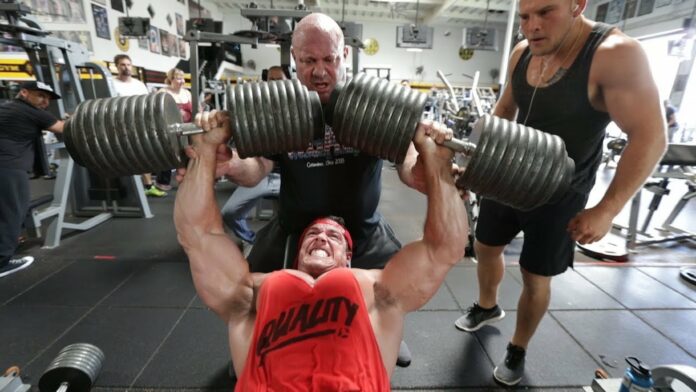 Not everyone that is spotlighted in the fitness industry is necessarily inspirational and or trustworthy. Brad Castleberry is a great example of that.

People often refer to him as the “the most hated man in fitness” and yet he has almost a million followers on social media. Which sounds rough. After all, what could he have done to cause people to make such conclusions about him?

When it comes to actual fitness, no one can deny that he is strong. He grew up liking the burn of exercise, his father had gotten him started at a very young age, and the lesson has stuck with him since.

At the age of 19, he had already joined his first bodybuilding competition. However, this was something he found was not for him, and he pursued football instead.

That’s nothing strange. What he chooses to do is not something that people can control. However, the reason people dislike Brad Castleberry so much is not because of what he has achieved, but what he claims to have achieved.

If you’re not new to his social media, you’ll find that many of his comments are from people that are constantly trying to discredit all of his supposed accomplishments. 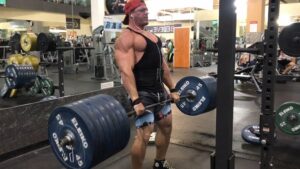 Now, despite what people may say or what they want to believe. There’s no denying that Brad Castleberry is strong. He puts in a good amount of time in training, even though his extravagant claims might lead people to doubt him.

Brad exercises 6 days out of the week, with a focus on powerlifting. He emphasizes the importance of stretching, even though he himself has said many times that he dislikes it, he knows that stretching is important in keeping your body flexible for the pressure that you might be planning to put it through.

Here is an example powerlifting routine that Brad Castleberry might be doing, taken from here: 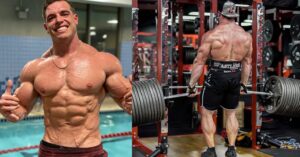 Although an individual’s diet is one of the more important things involved in their fitness, it can also be a little difficult to stick to a diet. It’s not even just a matter of finding out what is healthy or keeping away from the foods that you’re craving most.

A person’s diet is highly reliant on the kind of results that they want to achieve. For example, in Brad Castleberry’s case, his diet now is most definitely a lot different from the type that he had before. As a bodybuilder, his diet had been completely healthy and filled with things that would not only keep his body lean but built as well.

Now, his diet isn’t as strict, he can allow himself a little more freedom. In fact, he openly admits that he does allow himself to cheat meals. Which really isn’t such a bad thing. Cravings are a part of human life, and sometimes the difference between staying sane could be the difference between having the slice of pizza you have been craving and staying away from it forevermore.

What’s important is getting the required amount of nutrients that your body needs in order to keep up with the intensity of your workouts, as well as the amount of cardio work you put in – to burn the extra calories you might have gained from eating too many carbs or going over your calorie cap for the day,

Here is an example of the type of foods he often has in his house, taken from here:

If you would like to follow along with Brad Castleberry’s fitness and diet plans you can subscribe for it on his website. However, if you’re more interested in finding out more about him and the controversies surrounding him, you can check out his social media.

Here’s “The Strength-Building Workout” You Can Perform At Home Or At...

Perform These “5 Exercises” To Build A Ripped Triceps

The Ultimate 10 Killer Tips To Boost Your Squat