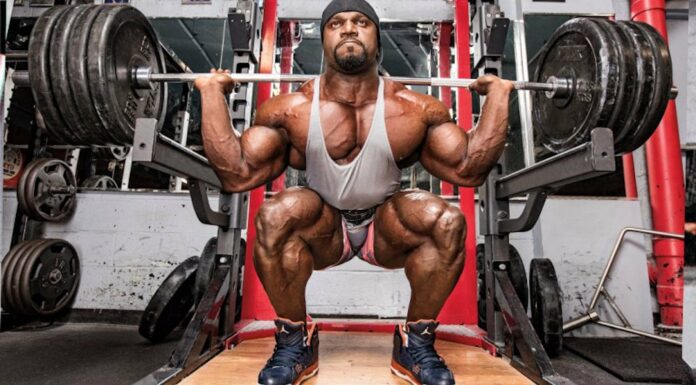 Four decades past, images of ultimate wheelman Tom Platz still linger in the collective consciousness of squatters approaching the bar. Platz sank ass to grass. Was sinking as low as he could go a key reason his thighs expanded like beach balls?

If dropping through parallel worked so well for the mutant who—let’s not argue—should’ve won the 1981, Mr. Olympia, then surely it’s best for us mere mortals, right? But what actually happens when you spelunk far down into the hole? The deeper you squat the more muscles you may feel being stimulated, but are those the ones you most want to expand? A new study discovered which muscles grow when you stop around parallel and which grow when you go all the way down.

Two groups of young men did either full squats (through 140 degrees of knee flexion) or—with heavier weights for the same reps—what were called half squats (barely through 90 degrees of knee flexion) twice weekly for 10 weeks. Before and after the study, the researchers tested one-rep strength in the full squat and half squat for both groups and also measured (via magnetic resonant imaging) the muscle volumes of the subjects’ quads, hamstrings, adductors, and glutes.

You MUST definitely supplement your diet with high-quality recommended products. Save up to 70% on Sports & Fitness Supplements at eVitamins.com!

Busting an old myth: Neither group stimulated significant hamstrings growth. Those pesky biomechanics. Yes, the hams shorten as you descend, but not against tension. You could put your hands on the back of your legs while doing deep knee bends and feel the lack of flexion there. The same is true of your shortening triceps as you lower a biceps curl. Curls are not for triceps. And squats are not for hamstrings.

Both full squats and half squats were equally good at stimulating quadriceps growth: 4.9% and 4.6%, respectively. However, full squats really expanded the thigh adductors (6.2%) and glutes (6.7%), much more so than half squats (2.7% and 2.2%). So, the deeper you go the more you’re using your groin and your ass to power back up.

Because they involve more muscles, deep squats are better for stimulating lower body gains. Ultra-low and parallel are both about equally good at growing quads. But going deep is over twice as effective at expanding adductors and three times as proficient at butt enlargement. Understand what half and full do and don’t do, and select your squat depth accordingly. For more or less groin and glutes stimulation, consider switching it up occasionally. 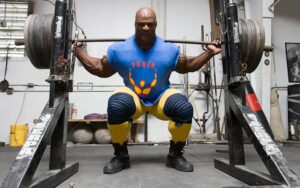 The Mental & Emotional Side of Physical Transformation: What Does It...

See “The Most Recent Michael B. Jordan’s Insane Workout” To Get...

Bodybuilding Legend Arnold Schwarzenegger Believes That “Classic Physique” Will Be The...