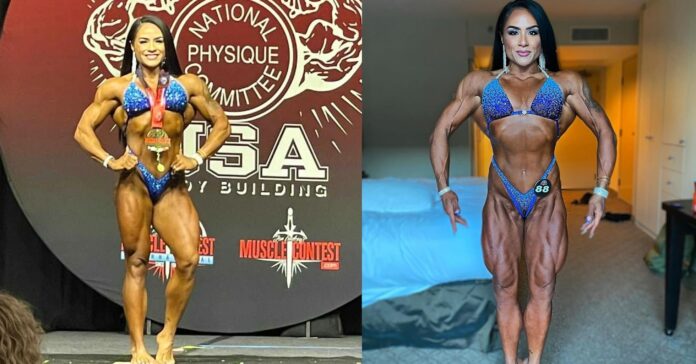 What a performance by Amanda Kohatsu at Muscle Contest’s National Physique Committee (NPC) Iron Games on Nov. 13, 2021. The powerlifter traded a barbell for a bikini to step onto the stage in Anaheim, CA. She won both the Women’s Physique and Open Figure contests in her bodybuilding debut. A remarkable show of conditioning from the powerlifter turned bodybuilder.

Check out pictures of the package Kohatsu brought to the bodybuilding stage below, courtesy of her Instagram page. She brought broad shoulders with a strong V-taper, paired with excellent separation in her quads that compelled the judges to place her at the top of the overall rankings.

According to Open Powerlifting, Kohatsu made her competitive powerlifting debut in 2016 with a runner-up finish at the 2016 United States Powerlifting Association (USPA) Southern California Open.

I competed in my very first bodybuilding show Muscle Contest Iron Games! I ended up taking overall in Women’s Physique and Open Figure!

Kohatsu has competed in a total of six sanctioned raw meets and finished on the podium every time, including three wins. Here are her current powerlifting finishes between the 67.5-kilogram and 75-kilogram weight classes:

Kohatsu’s competition best lifts were scored at her most recent contest — 2019 USPA Lock it Out Barbell Desert Wars:

Below are before and after photos of Kohatsu following her cut to lean out for her bodybuilding debut. Check this link out.

Kohatsu told IFBNewsfeed.Org that she was initially planning to prep for a meet in early 2020, but it was stunted because of the COVID-19 pandemic. She lost access to her gym and gained weight while everyone was quarantining early on. She ended up building a home gym and performing her cardio outside.

The weight started to come off and I was motivated to…get into better shape before returning to powerlifting. I wondered if I could give the physique competition a try!

When the inspiration to try bodybuilding struck, Kohatsu got help from her husband, Tee Popoola, who had been in the sport as a competitor and coach for 18 years. Her diet did not involve any “food restrictions or specific meal plan,” she simply hit her macronutrient targets and adjusted as needed to improve digestion (eating fewer processed foods).

About three months prior to the Iron Games, Kohatsu tapered out the compound lifts so as to “avoid injury” and ensure she didn’t appear too muscular for the Figure category. Her training included progressive overload with single-joint exercises and machine accessories performed prior to performing compound lifts.

Sort of a reverse version of my powerlifting training.

In the caption of her Instagram post that shared her two-division victory at the NPC Iron Games, Kohatsu crushed some barbecue and a doughnut, which put her in a “food coma” but would be back on track in the gym the following Monday after the contest to “prep for the next show.” We’ll see if she can run back her winning performance with a sharper and even more conditioned package the second time around at the NPC Nationals in Orlando, FL. 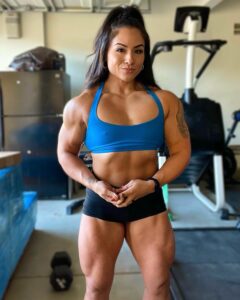