Fitness Model Lucy Davis Tried “The Rock’s 50-Set Workout” And It Took Her 1.5 Hours To Finish 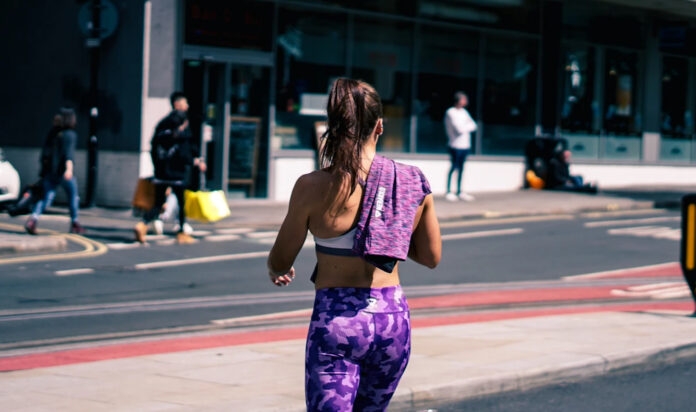 YouTuber Lucy Davis never shies away from a fitness challenge, and her most recent accomplishment is smashing Dwayne “The Rock” Johnson’s 50-set back and biceps workout. Woof. When you take into account that most strength training workouts are between 12 and 24 sets long, 50-sets is, in a word, madness.

And, while we know Dwayne Johnson loves to throw the heavy stuff around (thinking here of course about his famous mantra of always being the ‘hardest working person in the room’) Davis’ task is no small feat, something she recognizes at the beginning of the video, asking herself, ‘Am I looking forward to it? Not really.’

However, not one to let a little thing like nerves stop her, Davis headed into the gym, equipped with her tripod, camera, mic, and pre-workout supplement, and set to work.

Jumping straight in, Davis gets going with the back portion of the workout – this is done before the bicep-focused second half.

A mix of rowing and pulling back exercises Davis works through V-bar lat pulldowns, a variation of single-arm rows (with different positioning), low cable rows, lat pulldowns, and back extensions.

As she nears the end of the back section, she’s met with a 7-set superset. To put that into context, you would normally repeat a superset (two exercises) paired together three to four times.

“Seven sets [superset] of 8-10 reps of lat pulldowns into back extensions with the last three sets to failure. That is 14-sets. That’s basically a whole workout,” she half laughs, half grimaces.

Popping back on camera halfway through she gives herself a mini-pep talk, asserting that she’s “gotta [sic] do what The Rock’s gotta do.”

Finishing the back portion of the workout, Davis says she’s been exercising for 65 minutes total so far, anticipating that the entire workout will take her 1 hour 40 probably to wrap up.

Then, it’s time for the bicep work. Multiple curls (free weights and machine), all designed to target the bicep muscle from different directions. Davis, starting to flag, changes some of the double-arm exercises to single-arm exercises because she’s fighting to get both weights up towards the end of the movement.

“I got really lethargic after the back [portion]’, she says afterwards, visibly exhausted and speaking from her car and displaying the total workout time which ended up being 1 hour 36. ‘I am so freaking tired, this is why he eats so much as well, obviously.”

Would she try the workout again? She doesn’t say. What is for sure though is that The Rock’s training schedule is super, super serious.

Here’s the full breakdown of the workout Davis sweat all the way through. It is long. If you’re going to attempt it, break it down into 3, maybe 4, different workouts. Proceed with caution. 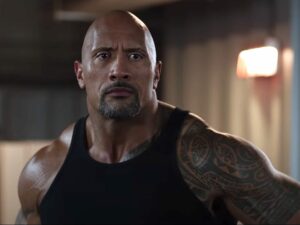 Facebook
Twitter
Pinterest
WhatsApp
Linkedin
ReddIt
Email
Previous article
“Can Really Yoga Help You Lose Weight”? Diet And fitness Experts Weigh In
Next article
IFBB Pro Cedric McMillan And Other Pros Will Compete At The Legion Sports Fest To See “If They Get Qualified For 2022 Mr. Olympia”